I met with Jim Nolen the other day and he updated me on the UT Venture Fellows Program. Venture Fellows are recruited from the UT MBA program for a two semester course. Twenty candidates are nominated and elected to the program by the alumni of the previous Venture Fellows class. Members get the opportunity to work in various capacities at VC firms such as performing due diligence, market validation, developing an M&A package for a company’s acquisition and more.

I was then invited to give a talk on angel investing to the group and found the audience intrigued with the prospect of working with angels in addition to venture capitalists. In my talk I highlighted the fact that angel investors in aggregate invest more than VCs. The VCs are just better at PR than angels since angel groups are more fragmented. There is a shrinking number of VCs but a growing number of angels and angels groups in the state of Texas. Startups need less money today and than previously due to increased efficiencies in business due to outsourcing and other factors.

I was impressed with the program as it provides real, hands-on experience to students before they graduate. As we know from working with startups, that is sometimes the difference between success and failure. 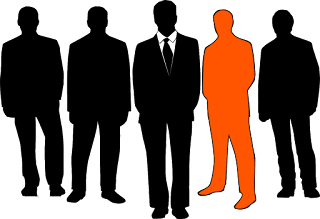 I had the pleasure of speaking on a panel this morning hosted by the Austin Business Journal and Fish & Richardson on the topic of “Attracting Angels”. On the panel with me was Fred Stowe of Order Corner -- a company in which CTAN made an investment, and Steve Vandegrift, a long-time member of the entrepreneur/investor community. Kin Gill moderated the discussion.

Steve vocalized what many in the investment community already know – VC funding in Austin is almost gone. The funds in the 1990’s have invested their dollars and are now trying to make their portfolio companies work. Rudy Garza has G51, Brian Smith has S3 Ventures, and there is Austin Ventures, but that’s about it. Most of the deals are now angel deals anyway. What used to take $5M to startup a company can in many cases be done with $500K due to the cost of business going down thanks to the web, email tools, outsourcing, and the like.

Angel investing is back in a big way. They run in five to seven year cycles, and a new cycle was kicked off in 2006. I attended the Angel Capital Association meeting in 2006 in which there were 150 of us attending. This year, the same ACA conference had twice as many people. Across the board, angel groups are seeing a resurgence in membership and dealflow. Certainly, the Central Texas Angel Network is seeing a surge in membership and deals. We get about 30 deals a quarter submitted to our site.

Fred Stow echoed the comments of Steve and highlighted the need to network to find funding. He also mentioned that in his experience the angel groups in Austin, Dallas, and Houston, each had unique characteristics. Dallas is focused on retail, Houston on energy and biotech with a leaning toward “old money” and Austin towards more eclectic deals with risk. Each angel group has its personality and should be taken into account when looking for funding. An angel should bring more than just dollars to the table. An Angel should bring contacts and expertise as well.

In submitting deals to the Central Texas Angel Network, we look for investment by the founder – just to ensure “skin in the game.” On software deals we also look for market validation. It’s hard to talk about business models when you don’t have any customers. There has to be some vetting of the business model in order to get traction with investors. The costs of acquiring/supporting a customer as well as the revenue from that customer are important to know before seeking an angel.

Most angel groups seek deals that are raising at least $200K. We rarely see deals like this. Most are seeking at least $500K. The audience asked about “baby angels” in so far as are there people who will invest in deals that are lifestyle businesses? While there are not official groups for this type of investor, there are individuals who like these deals. It’s all about networking.