Better Care at a Lower Cost -- Interview with Mark McClellan 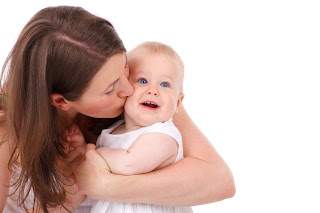 That’s been health policy expert Mark McClellan’s mantra for years. Finding ways to get payment and regulatory policies to support better care and a lower cost is what McClellan does.

“That’s very much part of the current expansion of efforts to move to payment models that are based more on results and value,” he says.

McClellan will discuss the transition toward value-based health care delivery in his keynote speech “The State of Health Policy” May 3 in Austin at HealthCare Texas 2016, an annual conference bringing together more than 300 leading innovators in healthcare information technology, life sciences, and therapeutics.

“A lot of these payment reforms are about giving health care providers more flexibility in doing what they think is working with their patients and is best for their patients’ outcomes, but at the same time, since resources aren’t unlimited, having more accountability for results,” McClellan says.

Last December, McClellan, who served as head of the U.S. Food and Drug Administration from 2002 to 2004, joined the faculty at Dell Medical School at The University of Texas at Austin to advance the school’s mission of redesigning health care around value.

McClellan says that while his primary basis with UT is its new health policy center, he’s working with Dell Medical School on an ongoing basis as they take steps to implement new health care trends and ideas into the curriculum.

“One advantage of being a new medical school is that you don’t have to do things the old fashioned way,” McClellan says. “The leadership of the medical school has undertaken a tremendous effort to ask fundamental questions like ‘What kind of education do physicians need to practice in a future medical system that is hopefully going to be much more about better care at a lower cost?’”

“Mark has been a national leader in conceptualizing how to build a better health care system, and now he can really accelerate the pace in putting that system in place,” Dr. Clay Johnston said of McClellan after he was hired at UT.

Another one of McClellan’s objectives has been to help provide better information on the quality of care. McClellan says in recent years there has been much support for more transparency regarding prices and quality health care.

“I think there’s a lot promising work going on, including by some early stage companies, to help turn all of this health care data into information that’s really useful for patients and physicians and other health care providers that are guiding their decisions,” McClellan says.

McClellan notes that its very difficult to take raw information from claims data and convert it into a confident, accurate measure of the total cost of care that a patient faces.

“It’s not just a matter of what shows up on an insurance claim but things like: ‘Did a patient have a better functional outcome after surgery? What was the outcome of cancer treatment for a patient with an advanced cancer?’”

“It’s an area where there’s been a lot of recent investment by health information companies providing patient-oriented and actionable analytic information on quality and cost of care,” he says. “I hope we continue to make further progress there.”
Posted by Hall T. Martin at 7:04 AM No comments: 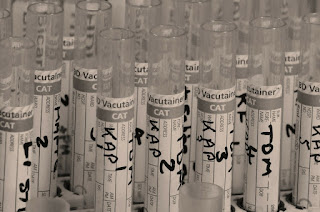 Biotechnology comprises a significant and growing part of the Texas economy as new innovative biotech companies sprout up in Austin and throughout the Lone Star State each year. Biotech is essentially technology grounded in biology that harnesses cellular and molecular processes in order to develop products aimed at improving human health. Biotech encompasses an array of breakthrough technologies, including those that combat diseases, increase crop yields, and develop cleaner energy sources.

Texas is home to one of the country’s leading biotech industries with more than 3,700 biotech manufacturing and research and development firms and more than 93,800 biotech-related jobs. (The average salary of these jobs is around $90,000). Dozens of global biotech companies, such as Novartis, Medtronic, and Abbott, have major operations in Texas. In 2012, Texas ranked No. 2 in the nation for the number of life scientists and physical scientists employed, with nearly 48,000, according to the National Science Foundation.

Austin, the state capital, is home to state-of-the-art research facilities and has one of the country’s most educated populations. Austin’s creative and entrepreneurial landscape is bolstered by the availability of funding, research collaboration, clinical trials, and highly-skilled workers.

This combination of factors begs the question: Could Austin become the next biotech hotspot?

This very question was posed in a recent article in STAT, an online health, medicine, and science publication.

The article points out that, within a 25-mile radius of downtown Austin, nearly 200 life science companies have sprung up, many of them startups that launched within the past few years.

The University of Texas at Austin currently brings in approximately $60 million in grants from the National Institutes of Health each year. This June, UT’s new Dell Medical School will welcome its first class of students. Dell Medical School promises to bring even more intellectual property and grant money to the region.

“We seem to have all the right components in play,” Tom Kowalski, president and CEO of the Texas Healthcare and Bioscience Institute, told STAT, when asked if Austin could become the next major biotech hub. “It all seems to be a wonderful harmonic convergence.”

Last year was a big one for the city’s biotech industry as Austin-based companies Mirna Therapeutics and XBiotech both went public with initial public offerings that raised $44 million and $76 million, respectively. Aeglea BioTherapeutics also filed for an IPO after receiving more than $80 million in private funding and grants in less than two years.

For biotech companies looking for a more affordable area than Silicon Valley, Austin makes a lot of economic sense. There’s no state income tax in Texas, and the state offers sales tax credits for some research and development expenses.