The New Normal for Venture Capital 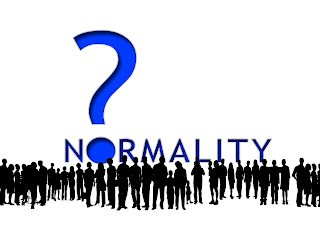 The New Normal for Venture Capital

The Texas Entrepreneur Network focuses on helping entrepreneurs raise funding.  We also work on launching accelerator programs and providing mentorship but surveys of the entrepreneur community continually place fund raising at the top of the list so that's where we spend most of our time.  In our fund raising process, we hold open funding forums which allows anyone to come and observe the pitches to see what it takes to raise funding from investors including angels, venture capital, and family funds.

Over the past six-months I've begun to observe where venture capitalists (VCs) are going.  Their model is challenged these days as most deals are no longer raising $5M but are now raising $500K.  The day of the large fund with 2% management fees and 20% carry are coming to an end for early stage groups. VCs who had a fund are finding it increasingly difficult to raise the next one.  The IPO market doesn't provide phenomenal returns like it did a decade ago and most can't get paid or paid much until the exit occurs. Family funds and pension funds, long-time supporters of the VC world are moving away.    Pension funds and family funds don't want to pay out for management and consulting fees unless the exit was successful for all involved.  Even in the golden age of the venture capitalist (the 1990's) only 25% of VC firms made a profit, and only 10% made a good profit and only a handful made a consistent profit.  In particular, family funds are now coming into the forums seeking to make investments directly in the deals.

The only way for the VC to get from here to there is to provide consulting services till the exit comes to fruition.  The new normal for VCs is to form a team who provides strategic growth consulting or financial services, with a small fund on the side.  The fund consists of their own money and maybe a few investors.

I've sent entrepreneurs to VCs for funding only to have the entrepreneur come back and say, the VC was not an investor but rather a consultant.  I have to explain to them that many venture capitalists have to take on additional consulting roles in order to keep the lights on.  The VCs are still there and they do invest but don't be surprised to learn that they have to pay bills just like everyone else.

Have a Happy Holiday,
Hall T.