The Next Stage of Angel Investing: Revenue-based Funding 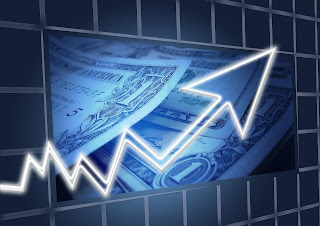 Early stage angel funding involves a high level of risk but also holds the promise of substantial reward.  Investors in early stage companies help grow those companies and can make a great return.  How you structure the investment will make a big difference in the return you see.  Most setup investments as equity structures in which the investor takes an ownership position in the company. The investor receives a payback when the company reaches an exit by being bought out.

Ten years ago, start ups could reach exits within five to seven years.  The average time to an exit today is just under twelve years.  That’s a long time to wait for a payback.  The mantra for angel investors is that you want three to five times your money in three to five years.  One way to achieve that goal is to shift the deal structure from equity to revenue sharing.  Instead of taking an equity position, the investor takes a percent of revenue till a predefined return is achieved.  This is often in the 3X to 5X range although I've seen returns go higher based on the risk in the deal.

This structure requires the company to have established some revenue already.  Typically, the company has to have generated at least $100K of revenue to be considered although there are investors who are interested in a greater risk/reward factor and will consider earlier stage deals.   The company needs a gross margin of at least 40 to 50% to be able to payback out of revenues.  The typical payback rate is 3 to 5% of revenues on a monthly or quarterly basis.  Most companies participating in this type of funding start paying back after six to twelve months.

The key to making revenue based funding work is in the terms sheet and the process.  It’s not obvious how to select deals, structure the terms, and follow up the investment.  One must consider the tax implications to the investor and the entrepreneur.

The Texas Entrepreneur Network helps early and mid-stage companies raise funding.  Whether you are an entrepreneur or an investor you may want to consider the revenue-based funding model.