What is your background?

I lived in Oklahoma for 20 years and moved to California recently. Later the opportunity with Mashable came up. It’s a startup with some great things in the works.

What is the idea behind Mashable?

It’s the number one news source for social media and networking. Three years ago, our CEO started blogging about social networks. No one else was reporting on it, and it just grew as interest grew. Since then it has grown into one of the top 10 blogs in the world.

We’re trying to bring people face to face to share ideas. We have 15 people on full-time staff in both editorial and business side. It’s a virtual company in that we all work from home. We have core teams in San Francisco and New York with writers spread across the US.

What is the Mashable Tour?

They are networking events with plenty of interaction. We’re holding an event in Austin in a few weeks. The event lasts from 7 to 10pm. Startups and entrepreneurs come to learn and share information about what’s going on.

What trends do you see out there?

Twitter is big. We use it all the time. We are working on ways to display Twitter feed at each Mashable event. The further east you go in the US, the less people know about it, but it’s big in Austin. I just wish it were up all the time. I get the ‘Fail Whale’ too often.

Another great trend is online conferencing. There’s a company calledEventVue out of Boulder. They are an online community for conferences and events. Once you register it pulls your information in and searches for your Facebook and Twitter account, and creates a “chatter” area that people at the event can use.

There are also social media camps that are becoming popular. They are similar to Bar Camp. They’re typically free and it’s a great way to connect people.

Keeping Your Investors Informed – Regular Communication from the Entrepreneur 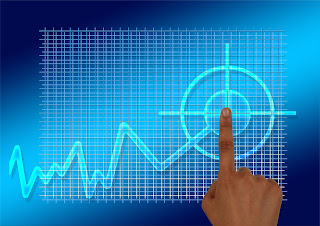 I recently received a comment on this blog from an angel network that heartily agreed that keeping investors informed is a key element in the ongoing entrepreneur/investor relationship. This post outlines the key reason an entrepreneur should send regular, informational updates to the investors. In a nutshell, it’s to maintain the relationship so the entrepreneur can ask the investor for follow-on funding later.

I remember my first angel investment back in the 1990s. This was before I knew you were supposed to setup an agreement with the entrepreneur on how, how often, and what they would communicate to the investors. After several months of hearing nothing, I finally called the President of the company and asked for a written update including financials. A week later he sent me a short two paragraph email along with a spreadsheet attached showing the financials. There are several items to point out here:

1. The two paragraphs by no means filled in the details of the business. To this date, there are holes in their explanation of what went on in the business.
2. The financials of any company should not be in an Excel spreadsheet. They should be in Quick Books. Excel has no audit trails, no security or validation. Anyone can change the formulas. In fact, several of the columns of financial data didn’t add up in the bottom row.
3. I only received this after I demanded it and I never received another one. After that experience, the entrepreneur wanted to discuss over the phone and found excuses to not send out the financials again.

These are all red flags indicating that things are not going well. Later the company went bust. Needless to say I won’t be investing in their companies in the future.

Here is a list of best practices for entrepreneurs communicating with shareholders along with why and what should go into the report.