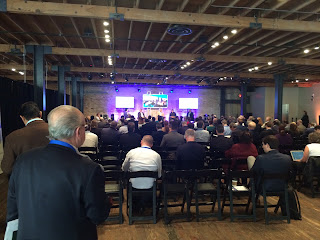 The HealthCare Texas 2016 annual technology and venture capital conference in Austin, Texas was a rousing success, bringing together 109 companies and 65 investors and holding 270 one-on-one capital matching meetings. The massive turnout from the health care and business community at the two-day conference sent a loud and clear message that Austin is quickly becoming a major force in the health and life sciences and venture capital landscapes.

The conference, which was held May 3 and 4 at Brazos Hall, a chic turn-of-the-century warehouse in downtown Austin, featured keynote speeches and panel discussions on a variety of cutting-edge health care topics and trends, including information technology, informatics, and value-based reform.

“The turnout for HealthCare Texas 2016 was outstanding,” said Matt Black, director of the Texas Growth Capital Forum. “The conference definitely furthered our goal of maintaining a lasting ecosystem of funding for technology growth companies here in Austin.”

“HealthCare Texas 2016 was proof positive of Austin’s standing as an emerging biotech and life sciences hub,” said Hall T. Martin, Founder/CEO of Texas Entrepreneur Networks. “As indicated by the hundreds of one-on-one meetings, the interest from entrepreneurs and investors in Austin’s health and technology spheres has been awe-inspiring.”

Austin Mayor Steve Adler clearly and succintly explained the appeal of the city to investors during the panel “Austin 2020” on Day 2 of the conference.

“I really do think that this a magical place,” Adler said of Austin. “We’re the fastest growing metropolitan area in the country and have been for the last five years.”

Adler said the fact that Austin creates more startups per capita than any city in the U.S. is driven by its “entrepreneurial, creative and innovative core.”

Austin’s life science cluster is currently at a launch pad, the mayor said.

“The infrastructure is here and growing,” he said. “This is a pivotal moment.”

Important partners, including the University of Texas and the city’s business community, have brought research dollars to the city.

This fall, UT’s Dell Medical School will open its doors to its first class.

“Austin is the place where ideas become real,” he said. “Launching the Dell Medical School provides an opportunity for us to meet the challenges of minimal capital, a trend of the future.”

“Being aligned where policy is heading is important,” McClellan said. “There’s a lot of interest in getting better treatment to patients faster.”

McClellan, who was hired as a faculty member for the new Dell Medical School late last year, said health care companies need to be able to change quickly and adapt to government policies as needed.

The Dell Medical School, which welcomes its first class of students in August, presented the conference.

“It’s fascinating what’s happening out there,” said Kersey, who also serves as chairman of the board of Johns Hopkins Medicine International. “I often say we’re in the third inning of an extra inning baseball game in terms of the extent to which health care technology can transform the continuum of care.”

Kersey said health care expenditures make up 15 percent of the GDP of the United States. Globally, it’s around 7 percent.

Many countries around the world have experienced double digit growth in private health care sectors, Kersey said, with Australia and India being notable examples of nations that have seen significant growth in recent years. 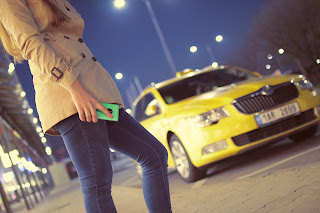 For some, the recent defeat of Proposition 1 in Austin signaled Austin's shift away from the tech world in which venture capital is a critical component for starting and growing companies.  At TEN we recently ran our Healthcare Texas 2016 event in which we had over 100 companies from Texas (mostly Austin) pitch in one-on-one sessions with 60+ venture capitalists, private equity, and angel investors from across the country.

In the run-up to the event, I talked with many of our investors and heard a variety of viewpoints about Prop 1 and on how the fight between the City of Austin and the the Transportation Network Companies  (TNCs) was playing out.  Some investors viewed it as a proxy on Austin's position in the Tech world but most considered it a political fight over who is going to call the shots.  Many questioned Uber/Lyft's campaign strategy and tactics.  In the end that strategy backfired on Uber/Lyft and they lost the vote along with some credibility.

The common message I received from investors was this . . . as long as you have quality deals that meet our fund's criteria, we'll keep coming to Austin.  As one investor said, "the teams are great, the valuations are good, and we want more."

We ended up with over 240 one-on-one sessions throughout the two-day event.  We launched the Austin Healthcare Council initiative.  Uber and Lyft are no longer picking up rides within the city of Austin, but most expect they will be back. The VCs are asking, when is your next event?