The Cabernet vs. the Tempranillo-- Choosing the Right Funding Model for Your Climate 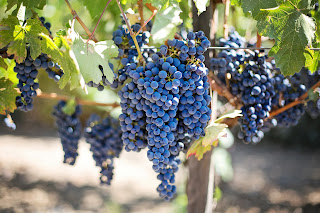 In the late 90s I started making my own wine.  To learn more about winemaking I traveled throughout Texas visiting wineries to talk to professional wine makers.  At that time, there were about 40 wineries in Texas but it was growing.

Personally, I like red wines and took every opportunity to try them.  The vast majority were Cabernet Sauvignons.   Almost all of them were absolutely terrible.  One winery explained that the Cabernet grape doesn't do so well in Texas because the weather doesn't cool off enough at night to make as good a wine as it does on the West Coast.  It's just too hot here for that type of grape.

To make my own wine, I ordered Cabernet grapes from California.  Peter Brehm would travel up and down the coast gathering up buckets of grapes from various wineries and then put them in cold storage in Oakland. When I ordered the grapes, he would put them a Southwest flight to Austin where I would pick them up at the cargo lot. From there I would crush the grapes, ferment the juice and bottle it.  Not a bad way to have your own vineyard.

Today, the Texas wine industry has over 240 vineyards and growing even faster.  In checking back into the Texas wine scene recently I was surprised at how many wineries have shifted over to Tempranillo and Tannat grapes.  Those varietals come from Italy where the weather is similar to Texas. I was pleasantly surprised at how good those wines are.  It may be the industry has improved on its winemaking techniques but I believe the fundamental choice of grape makes the most difference.

I tell this story because I work with startups and growth companies and I see many Texas companies trying to emulate the Bay Area model of startup funding. Of course, it's hard to raise funding for a startup company anywhere.  It's especially hard if you're trying to use a California model to fund a Texas business.  Texas startups hear about the vast amounts of funding raised by California startups who appear from a distance to having nothing more than a great idea. It also looks like every startup in California is getting funded.  The reality is that only 1% of California startups raise substantial funding.  The other 99% don't get much press coverage so the perception from the outside is somewhat skewed.

In Texas, there are not as many venture capital funds.  There is a great deal of funding available -- it's just not in the venture capital model.  In Texas it's in the family office and the venture arms of corporations.  These investors want to see traction, proven business models, and  raising funding on an idea alone doesn't resonate well them.

My advice to Texas companies is to choose a startup funding model that works well in Texas and not try to emulate the California model.  Cater to the funding sources that are here and not look for the rare venture capital funding source as it will be like trying to find a decent Cabernet wine that's made in Texas.  I still like Cabernets from California, but found the Tempranillos in Texas are just as good once you try them.
Posted by Hall T. Martin at 6:38 AM No comments: