The Cost of Angel Investing—Where are the Fees? 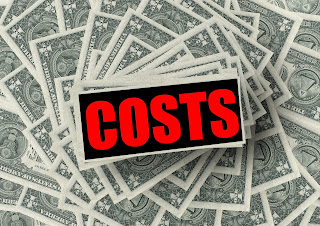 I recently read a discussion forum in which the author of the post had bought a financial instrument and later discovered that the investment advisor who sold it to him actually made a commission on the sale. The author was incensed that someone actually made a commission off selling him something and to top it off the investment advisor didn’t disclose his commission. As I read the post I began to wonder where has this guy been the last 50 years. Of course people make money selling things and financial instruments are no different. When I sit in pitches from investment advisors promoting their fund, or whatever their financial instrument may be the first question that nearly always comes up from the audience is how much are the fees and commissions. Of course this number ranges from a fraction of a percent for mutual funds to double digit percentages in private equity.

After reading the post I began to wonder about the cost of angel investing. Where are the fees? In a member-managed group such as the Central Texas Angel Network there is a membership fee to belong to the group but the members review the deals, perform the due diligence and ultimately decide what to invest in.

The first cost is the management salaries. Management salaries are kept low in the early days of a company to give the business every chance of succeeding. I was recently in a deal in which the members asked about the CEO’s salary. He replied it was $300K/year. You could feel the air leaking out of the room after he said that. While he was a strong manager there was no way the business was going to survive paying salaries like that.

The second cost is that of consultants whether they are on the board or as advisors. It’s fair to ask who is getting paid and how much for the work they are providing. There are good consultants out there but I’m often amazed how vague their duties are. Often times I hear things such as “they are going to help us.” There’s no job description, no metrics, no deadlines and it’s all very nebulous.

Best regards,
Hall T.
Posted by Hall T. Martin at 3:30 AM No comments:

Francine Walker of SurvivorSoft talks about developing applications for the iPhone

Francine Walker of SurvivorSoft talks about developing applications for the iPhone, the challenge of the gaming industry, and what help game developers need:

What have you been doing since we last spoke?

I just came back from a trip to Africa, working at a cheetah conservation center in Namibia for two weeks. This facility currently cares for 49 cheetahs, and works on some other conservation initiatives. It was an amazing experience. Namibia was surprisingly modern. It certainly wasn’t what I expected.

How is your company SurvivorSoft doing?

Exciting times! Right now, I’m moving some applications over to the iPhone. However, I have to say Apple appears to have underestimated the effort it takes to use their tools. Apple uses ObjectiveC, which is a combination of C and Smalltalk. There’s a steep learning curve involved that’s going to throw off some inexperienced developers. Fortunately, I’ve found some tricks that really help cut down on the teething pain.

I like the iPhone though. My goal is to identify a way to use the accelerometers in it to create Wii-style gaming experiences, although the Apple certification process for iPhone games is still somewhat unclear. I’m also in the concept stages for a physical fitness application keeps track of your workout. Given the success of WiiFit, there seems to be a market for something like this.

I’m also doing contract work for Aspyr, an Austin-area publisher I’ve had the good fortune to work with on multiple occasions, on an educational/reference title for the Nintendo DS.

So how is the gaming industry today?

As far as Mobile Windows applications go, there’s no market out there. People just don’t know where to find and download applications. Apple has so much more potential, because users can go to the brick-and-mortar retail locations or to iTunes. Both venues already have mindshare. Another challenge is that many users simply don’t want to pay very much for games on mobile devices. I’ve seen an excellent 3-D game on the iPhone that sells for $9. That’s a slim margin for a title that obviously took a lot of time to develop. Electronic Arts is coming out with a series of games for the iPhone soon, and I’m sure they’re going to charge more than $9 each. I’m very curious to see what other people can do to monetize the iPhone. It’s very hard to discern the real revenue from the hype.

Our investors have looked at a few gaming companies and it’s like the movie industry – “Is this going to be a hit?”

Too many people get wrapped around the axle about how a title looks in the early stages. I’d worry more about if the developer was actually going to finish it. This business is about execution, not bluster. All too often, feature creep takes over and the team can’t muster the discipline to wrap bring it all together until they run out of money. Some publishers in fact take advantage of that. They wait until the developers run out of money and then come in to take over the title. Some even go so far as to delay royalty payments as much as they can to see if the developer goes under.

What about the Austin Game Developer’s Conference?

It’s focused primarily on helping developers with technical or design issues, particularly in the area of Massively Multiplayer Online games. There needs to be more support for the developer regarding business issues such as raising funds, finding publishers/distributors, pitching the product, contracting, managing finances, employees, and the like.

Best regards,
Hall T.
Posted by Hall T. Martin at 7:11 AM No comments: