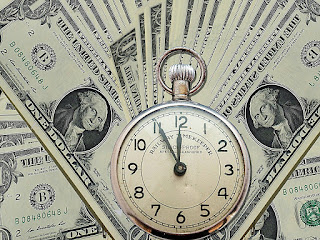 Can you tell me a little bit about the history of Escalate? Where it came from and how long it’s been around?

We started in 2005 as a spin out from Austin Ventures, where I had been for 10 years. My partner, Tony Schell, was running the Comerica tech lending practice here in Austin. We had known each other since our time together at UT Business School in the mid-‘90s. We have raised 3 funds totaling $625M in capital with our most recent closing in late 2014 at $235 million. We’ve been executing pretty much the same strategy since day one, which is to provide mezzanine capital to expansion and later stage tech and healthcare companies. We invest all over the country and have made 75 investments to date as a firm.

Typical structure is in the form of subordinated debt, where we are coming into companies’ later rounds of financing, providing a little more leverage than is traditionally available from banks. We work a lot with SVB, Comerica, Square One, writing $3M-$15M checks into software, tech enabled services, and Internet companies.

Profile-wise, we look for companies with a fair bit of stability and low wipeout risk. Since we are not making as much on the upside, we typically try to underwrite for credit first and equity appreciation second.

We brought what had been a fairly popular financing solution in traditional PE, real estate, and other asset classes to IT, which was a novel concept 10 years ago and we had to do some evangelizing early on. When I came up in the venture business, there was a traditional playbook that said you went out and raised multiple series of equity, maybe layered in a little bit of bank debt, start-ups were largely all equity financed. We are offering another financing solution for certain types of companies looking for additional growth capital or to make acquisitions.

What size company and what criteria does a business have to meet in terms of revenue to get in your door at Escalate Capital?

Companies that we invest in are typically in the $10-$50 million revenue range with a fair bit of granularity in the business. We are not interested in making bets around technology standards or in customer or channel concentration. We invest in a fair bit of B2B software, and companies that utilize software in offering solutions.

Do you do much with Healthcare IT?

We do, we’ve invested in probably 12 Healthcare IT companies.

Selectively, where we come in alongside equity to help finance a recap, but that’s not the primary use of funds in our typical situation.

Have you made any Texas deals?

Early on we invested a lot in Texas: HomeAway, RetailMeNot, LDR, and SailPoint are some of our Austin deals, and we’ve been fairly active in Dallas and Houston as well. All told we’ve invested in around 20 companies based in Texas.

Do you syndicate deals, and how does that work?

We are generally the only provider of capital within our portion of the capital structure. It’s been pretty rare for us to have opportunities syndicate. You could say we syndicate with senior lenders, which are good partners of ours and great sources for deal referrals.

So you partner with the banks on the debt side, not with other firms?

We have and we would, but it’s pretty unusual.

Tell me more about the management team.

Besides me and Tony, we a third partner who covers the East Coast for us named Chris Julich. With a total headcount of seven, we are a fairly small shop; that can certainly be an advantage for companies that are looking for speed and the ability to work directly with principals.

From the last Texas Venture Growth Forum, did you find any groups interesting?

Yes, you guys did a terrific job, especially for the first time. It seemed well attended by companies and investors alike. We try to have a pretty good grasp on what is going on in our backyard, but it’s awesome to meet new companies and I had a chance to do that for sure.

What’s your take on putting Limited Partners out there at the next conference?

If those guys are interested, I think that’s fantastic. I’ve never seen that before combined with these kind of events. That would be another awesome connection to make and a great way to potentially increase attendance among investors
Posted by Hall T. Martin at 7:14 AM No comments: