The Contractor Startup --Why this gives the investor pause 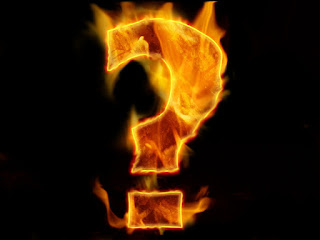 I hear many entrepreneur pitches and the one point that stops the conversation cold comes when the entrepreneur says he can start building the business just as soon as he raises funding.  He goes on to explain why he can't do anything unless he has funding.    An investor hears that the entrepreneur and his team can't (won't?) build the product unless someone is paying them and apparently there's no customers to pay the team.  Again, the team can't (won't?) sell the product unless someone is paying them.

I call this type of business-- the "salaried startup".  They only work when money is available to fund the process.  Bootstrapping, sweat equity, and doing it for the passion just aren't in the mix.  If the investor asks for traction or other evidence of progress the excuses fly fast and furious--a thousand reasons why that's just not possible.  The investor then imagines this conversation at a post investment meeting and hears "I can't grow sales unless you give me more money to hire more people," or "I can't build more product unless you give me more funding."

At scale, this is certainly true. In a seed stage startup this is certainly not true. The investor is looking for a team that is building and the growing the business now.  It may grow slowly but it is moving forward.  In the early days the founders are building it and selling it.  They're not waiting for someone to pay them to do so.  Those who take that path are "contractors" not "entrepreneurs".

You can start building your startup now.  You can grow it with or without funding.  If the fully funded startup is your only path forward, you'll find fewer investors willing to climb aboard.

You have to look beyond your backyard 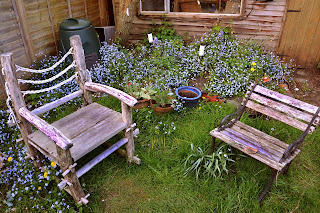 Recently there as been a lively debate about the lack of funding in Texas. It's actually not a new debate but rather an ongoing dialog between entrepreneurs and investors.  Entrepreneurs feel that funding is scarce in Texas compared to other parts of the country.  Investors counter that they would invest more and more often if the deals were further along and better prepared.

The debate is not new.  It comes up every year.  The solution is to change the way fund raising is handled.  It's no longer in your backyard.  You must have a national focus on your fund raise from day one.

When I was the director the Central Texas Angel Network we had just restarted the formal angel community in Austin.  The previous group, the Capital Network had gone out as they were tied to the dot com world and when that went away, they went away with it.

At that time, it was a great boost to have a formal angel group in Austin so central Texas entrepreneurs could raise money in their own backyard, so to speak.  It worked for awhile.  When we started, we had 15-20 deals on each round of which 4 would receive presentation slots and 2 would get funding on average.

As the years progressed two things happened.  First, the number of deals grew.  Today it's not unusual to see 75 to 100 deals considering CTAN of which 4 will get to pitch to the membership and 2 will get checks.  The funding rate is higher because there are more members, but fundamentally, entrepreneurs looking for funding have a 2% chance of getting it from the group.

The second thing that happened is that crowdfunding came into its own.  After several years of debate and government (in)activity, the rules are starting to change.  It's now possible to raise from non-accredited investors as well as from accredited investors who are not in your backyard.  At CTAN, we all gathered at the Headliners club in downtown Austin to see the live pitches.  With crowdfunding, one can source angels from across the country if not further because the pitches are on-line.  The tools are improving and the entrepreneur's ability to use those tools are increasing.

It's helpful to have some support from your local area, but from day one entrepreneurs should have a national perspective on their fundraise.  If you have a real business (not just an idea) you probably have an investor out there who would be interested in your deal.  He's just no longer in your backyard.
Posted by Hall T. Martin at 7:54 AM No comments: 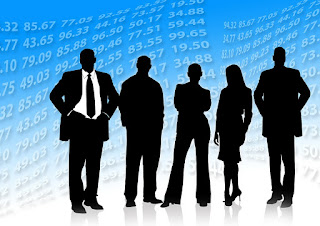 What is the history of River Cities Capital Funds?

River Cities has been making principal investments as an institutionalized fund since 1994, however, you can trace the firm’s roots all the way back to 1978 when the founders, Glen Mayfield and Ted Robinson, began doing business advisory work and merchant banking. So while we’ve been making investments under the River Cities Capital Funds moniker since 1994, the firm’s been helping entrepreneurs since 1978. Initially, the firm focused on smaller, more venture-oriented investments. Since then and over subsequent funds, RCCF has moved to growth-stage investing focused specifically on healthcare (services, devices and IT) and b2b technology, where the firm has developed significant expertise.

Tell me more about your fund and the checks you write.

We’re currently investing out of our 5th fund, which is a $200 million vehicle, where we’re looking to make $5 million to $12 million minority investments in high potential companies with outstanding management teams. With our LPs we can syndicate deals up to $30 million. While that’s a wide range, we like that we have the ability to flex up and down, allowing us to back the best teams and opportunities.

Ultimately, we view our business as providing capital and business acumen to innovative companies that want to grow at an accelerated rate. We believe a crucial part of our job is helping entrepreneurs wherever we can, as our business will always be dependent on talented entrepreneurs taking risks and envisioning a different future by building new products and technologies – often leading to a need for growth capital and good partners. Thus, we’re always looking for ways to help entrepreneurs, even if it doesn’t make sense for us to invest at the moment. We try to keep an open door policy with all entrepreneurs and want to build relationships over time.

What are your criteria for companies?

Given our growth-stage focus, we look for companies doing $3 million to $50 million in revenue, growing at more than 30% annually. VCs are good at saying a lot of obvious things, so I’ll say the higher the growth the better. We don’t expect the businesses to be profitable (yet), given the growth rate they are trying to maintain, but we are careful and thoughtful about cash burn. We are also looking for compelling ROI on sales and marketing spend and validation of customer satisfaction (and therefore retention).  That’s a high level answer, but obviously each industry has specific metrics and criteria that are important.
Our two sectors are b2b IT (tech-enabled services and Saas) and healthcare, which includes everything except drug development, so we’ve made investments in healthcare IT, healthcare services and medical devices.

In our IT practice, we aren’t averse to software businesses that have a services component.  Generally speaking, we like businesses that are solving complex problems, and services can sometimes be an indicator that the problem you’re solving isn’t easy to solve. Said another way, we’re leery of point solutions solving less complex problems that might struggle when more competition inevitably shows up. In a world where start-up costs for software products are so low, possessing some level of barrier to entry is critical to create sustainable value over the life of the investment and beyond (again, obvious things investors say).

Do you look at consumer businesses?

We tend to shy away from b2c companies, not that there is anything wrong with them. It’s just not what we know. We try to stick to our knitting.

How do you handle syndication?

We welcome opportunities to co-invest alongside other firms, particularly firms who share our partnership-approach to investing. We view ourselves as investors for the long haul and aspire to be known as a great partner not only when things go well, but when things inevitably get challenging. It’s easy to be a good partner when the company is hitting plan, but in our experience there will always be challenges along the way and that’s usually when having a good partner is most important. We want to make sure our co-investors also have a similar belief system and reputation.

What is the strength of your services to portfolio companies?

Continuing with the partnership theme, ultimately, our most consistent value-add will always be the collective wisdom the firm brings to each investment, compiled over more than 20 years and through more than 100 investments. That history is full of a lot of things going right but has no shortage of challenges. Having a partner at the table who has navigated similar challenges and witnessed both sound and poor decision making, can help a management team avoid critical mistakes – we believe that breadth of perspective is crucial for young companies.

(And going back to the fact that) it’s never been cheaper to start a company, it’s important to keep in mind that the cost to scale a company is essentially the same as it’s always been. Once you have proven you have a product and service to build a business around, you still need smart people and prudent decision making. And people are expensive! So while we’re bullish on the fact that there will be more high quality, disruptive companies, than ever because of the steep decline in infrastructure costs and the ubiquity of information, we also have conviction that there will always be the need for experienced capital and sound counsel to grow and scale those businesses.

Where do you focus geographically?

We have a national footprint and can invest anywhere, however, we try to stay out of the high-traffic corridors of Silcom Valley, Boston and NY. We’ve always sought to be one of the trusted capital providers for all of the great entrepreneurs and management teams outside of those markets, in places where there tends to be much less resident capital than in those coastal markets.

We are big believers in the entrepreneurial/technology ecosystem in Austin. Innovation and entrepreneurship are in the city’s DNA and our firm believes this area of the country will continue to produce high-potential disruptive technology and healthcare companies, which is why we are spending time here on a regular basis. We’ve talked to a number of promising companies in Austin and hope to invest part of Fund V in this market.