Funding for Texas Startups -- It's not about how much you invest, it's how much investment you can attract The investors claim there is plenty of money to be had.  The startups argue the opposite.

Let's turn to some data to see where Texas stands.   For starters, Texas represents 10% of the country in population and business across the board. The National Venture Capital Associate tracks venture investment by state.  The NVCA data which you can see on this page, clearly shows the amount of VC funding going into Texas companies is currently around 1.5% with a a two year average hovering around 2.5%-- well below the 10% benchmark. It appears we are below potential. So what do we do about this?

I argue that the burden of funding rests squarely on both the shoulders of the startups and the Texas investors.  The startups need to look nationally for their funding as the world has gone vertical.  Investors are increasingly looking for deals that match a specific criteria (e.g. wearable deal with $1M in revenue and a fund raise of less than $5M).  The chance of a startup finding all of their funding in Texas or any one region of the US is quickly shrinking.  No longer can you find all your funding in your own backyard.  As the startup looks nationally, the range of competition increases.  Startups absolutely have to bring their A game to the national table -- B players need not apply.

For Texas investors, the question is no longer, how much funding are you going to deploy in Texas companies -- it's also how much your funding can attract from the national stage.  The investor's funding should be leveraged to bring in more dollars.  All funds are limited but its ability  to attract more funding is unlimited. Investors need to build syndicates with their fundings.  Investors absolutely have to bring their A game to the national table -- B players need not apply.

Best regards,
Hall T.
Posted by Hall T. Martin at 8:12 AM No comments:

What angel groups can learn from Crowdfunding 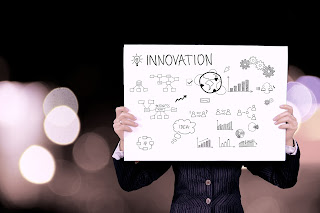 I came from the world of angel group investing and now run a crowdfunding portal.  As the first director of the Central Texas Angel Network, I helped build the groups programs and processes.  Today, I run a crowdfunding portal that focuses on Texas deals and now view the angel group process as one under siege.  The number of deals and the increasing virtualization of the membership requires angel groups to move online or at least some portions of the investment process.

Angel groups have used Angelsoft/Gust and Proseeder, but those tools are built as repositories of information and not promoters of deals or membership.  They work well for due diligence as they can store and share key documents throughout due diligence but in general they are rarely used for the rest of the investment process because they require the user to proactively log in and search for deals.

Crowdfunding teaches us to place the deal in a mailer and send it out to the investors so when they open it up, the deal is staring them in the face with only a few choices such as "Invest" or "Pass". The email that shows up in their inbox is something they must react to in some manner. In today's work world if you don't make it easy for users to interact with your system they will bail out on you and your program.

The traditional angel world sees the angel meeting as the core of the program.  People coming together is how investors and entrepreneurs exchange information.  In crowdfunding, the web portal is the core of the program and is where people come together to find deals, share information, and interact with each other.  In most crowdfunding deals, the investor ultimately wants to meet with the team and that's the benefit of the angel group process. It's strength is the face-to-face engagement between the investor and the entrepreneur.  It's weakness is the rest of the process -- screening, monitoring, researching, and closing the deal as well as the ongoing post-investment follow up. Combining the angel group's face-to-face format and comraderie with the efficiency of online funding tools for screening, monitoring, and closing the deal makes for a strong partnership.

Angel groups can improve their process by drawing technologies and formats from crowdfunding as they move into an online world.

Screening--this needs to shift online and in particular to well formatted mailers through which members can view and vote on deals.  Instead of slogging through fifty deals in one sitting, the submitted deals could be sent out 1 or 2 a day to the members to see which ones capture interest. By the end of the month, the top vote generators move to the next stage of the process.

Presentation--this part can be done in person and provides the high touch interaction which is always key to closing the deal.  Angels want to meet the team and share experience and the entrepreneur wants to know who they are pitching to.

Monitoring -- this is another key step where crowdfunding can help the current angel group process. Regular updates from the entrepreneur can be distributed and then archived with previous updates so people can see the historical progress of the deal.  This works well for deals that are interesting but not ready for prime time.

Due Diligence--the online tools for researching the deals increases every day.  Online databases, comparisons to competitors and other tools are available to help investors decide which deals to pursue.

Closing--most angel deals are still papered the traditional way with hard copy papers.  Crowdfunding brings online tools for completing the transaction without having to sign physical documents but rather using electronic signatures instead.

Deal Syndication -- this is where crowdfunding really shines.  It gives the angel group the ability to take a funded deal and pass it to another group or "crowd" of investors.  A strong syndication network raises the value of the angel group as it can bring more dollars to the table and thus attract better deals.

In summary, crowdfunding brings online tools that make the angel funding process more efficient and effective. It can save the angel investors time as well as manage the increasing dealflow.

How to pitch investors through an email 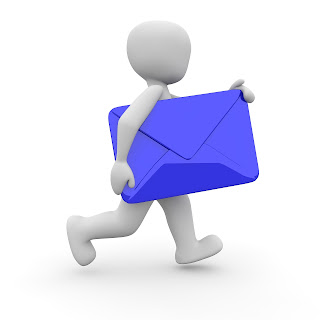 Increasingly investor communication is going online.  Your initial pitch will most likely come through an email so it's important to be effective in pitching investors this way. Most email is now read on a mobile device so it has to pique his interest before he jumps to the next one.  Here are some tips on crafting an effective pitch online:

Investors will always look at the subject line so make good use of it by giving a description of the topic such as "Introducing StartupX to Greyline Capital."

Address the email to the individual investor (Jim, Bob, Mary, etc) and not the generic (Investor, All, To Whom it May Concern).

Show a network connection to the investor such as "Our CFO worked at one of your portfolio company -- Hotspot App before joining StartupX."

Get to the point of what you do and say it in five to seven words or less, "We make cybersecurity tools for retail businesses."

Then explain how this is a real business and not just an idea, "our core platform is installed in 300 sites and growing by 20 sites per month."

Close with the team, "Our team has experience from Intel, Microsoft, Google, and the Cyberintelligence arm of the US government."

Finally, close with the ask, "We're raising $500K to expand the product into the market and would like to give you more details over a coffee next week."

The more numbers you use to describe the business and the market, the stronger the impact of the presentation.  The overall email should be no more than 75 to 100 words.  Anything longer will most likely go unread.