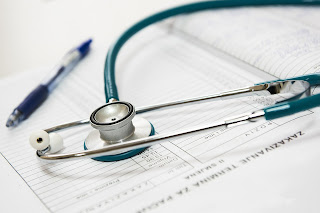 Each year medical devices continue play a vital role in people's lives. These products are revolutionizing medicine with groundbreaking advances in both the treatment and the detection of diseases.

A medical device is defined by the FDA as "an instrument, apparatus, implement, machine, contrivance, implant, in vitro reagent, or other similar or related article, including a component part, or accessory…intended for use in the diagnosis of disease or other conditions, or in the cure, mitigation, treatment, or prevention of disease.”

Many of the biggest players in the medical device industry have corporate facilities in Texas. More than a dozen Fortune 1000 medical device companies have manufacturing or management operations in the Lone Star State, including Abbott Laboratories, Agilent Technologies, Baxter International, Becton Dickinson, GE, Johnson & Johnson, Medtronic, St. Jude Medical, Stryker, Zimmer, among others.

These companies have developed a large medical device workforce in the state. Over 740 firms employ more than 15,400 workers in this sector, making Texas one of the top states in the country for the number of medical device workers.

A wide variety of medical products are developed and manufactured in Texas, ranging from surgical sutures and bandages to medication delivery systems and molecular biology kits. While a broad spectrum of medical specializations are served by Texas device companies, the state has developed several unique clusters, including ophthalmology, orthopedics, cardiology, diagnostics, and wound care. 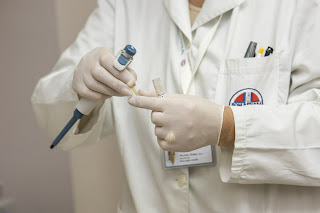 Research and development (R&D) is at the core of Texas’s biotechnology industry. In Texas, biomedical research, or research conducted to aid and support the development body of knowledge in the field of medicine, is bolstered in large part by the state’s vast network of public universities and medical institutions. These school and health-related facilities invest strongly in biomedical research and development. In 2013 alone, Texas universities spent nearly $3 billion on medical and life sciences research, which made up more than 65 percent of all higher education R&D expenditures in the state.

Over the past decade, the state’s Texas Emerging Technology Fund (TETF) has invested more than $142 million in some of the state’s major higher education institutes for biomedical research-related deals in areas ranging from genetic engineering to pharmaceutical manufacturing.

The Lone Star State is also among the leaders in cancer research. Major Texas institutions in cancer research include MD Anderson Cancer Center in Houston, Scott & White Cancer Institute in Temple, and Texas Oncology and Mary Crowley Cancer Research Centers in Dallas. Furthermore, the Cancer Prevention and Research Institute of Texas (CPRIT), a $3 billion initiative based in Austin, has played a major role in expanding Texas cancer research.
Posted by Hall T. Martin at 9:06 AM No comments: