Rob Donnelly of Guardian Ventures talks about VC investing in the 2000-generation, birth of the Houston Angel Network, and why Austin might be the best place to start a life science industry cluster in the state of Texas.

What is your background?

I have a Biomed undergrad from A&M and an MBA from SMU.

How did you get into the venture capital?

I worked in investment banking after graduate school and did some startup work at a software start-up on the West Coast. It was great intro into the entrepreneurial world. After that I moved to Houston in the late 1990s. At that time, Houston tech community was going through some growing pains and felt they were behind the West Coast.

Paul Hobby, Bob McNair and others had family investment businesses and were doing one-off deals but wanted to accelerate technology deal flow. There were a number of us who formed a group that was the predecessor of the Houston Angel Network. The Houston Technology Center (HTC) was working at that time to help the tech entrepreneurial community.

We spun that effort into a small fund called Genesis Park. Our model focused on early stage tech and later shifted to private equity after 2000. We were fortunate to be close to our LP’s and were able to shift to private equity (including distressed/turnaround) as it was a better asset class at the time.

What type of deals did you look for?

We did a number of deals – software, semiconductor, life science, and communications. Between Genesis Park and Guardian, I’ve participated in three life science deals: two have been successful.

So how did the Houston Angel Network start?

I work closely with several individuals who were apart of the Band of Angels in the Bay area. They had a high caliber of angel investor: experienced, tech savvy and super-accredited. And we had a hard time replicating the Band profile in Houston given its energy and real estate concentration. HAN and HTC together lowered the requirements for membership and opened the meetings up to service providers. It went from a small group of highly active investors to a large group of service providers and casually interested investors. Several generations later, the Houston Angel Network has emerged stronger, more focused and more successful.

So how did it work at Genesis Park?

Our most successful model was taking active roles in the businesses we fund and backfill ourselves with long-term management as soon as possible. The majority of the Principals are still running deals or off on new tangents. Blair Garrou stayed in the venture world and formed DFJ Mercury.

What kind of return did the fund generate?

Once the last remaining portfolio companies liquidate, Genesis Park will have done well given its vintage. What saved us is we put the brakes on drawing capital from our LPs and shifting into private equity, including some turnaround opportunities in the communications sector.

What are you doing now?

We stopped formal operations of the fund in 2004-5. Now I work on individual deals. Sometimes I’ll find something interesting and get involved. I find my old colleagues in Houston are interested in venture investing again. Their net worth has doubled or tripled due to the price of oil. There’s a totally different energy vibe today in Houston due to the increased liquidity. The big difference between this run up in the oil cycle and previous run ups is that a lot of the families with oil interests have opted to sell to publicly traded partnerships. Families are trading their assets for liquidity.

I think of all the cities in the state of Texas, Austin has the best shot at being the life science start-up city.

You can’t import entrepreneurial talent into Houston the way you can with Austin. Houston has little native life science managerial talent. They have great research and clinical institutions but few individuals who can launch a real business. Those people are on the west coast and the northeast and most won’t move to Houston. They will, however, move to Austin. The challenge for Texas is that the location of the IP in the state is not in the same place as the managerial talent. Taken as a whole, Texas can become quite competitive in life sciences, but each city must focus on what it does best – for Austin, it is launching and building technology companies.

What are you doing now?

I’m still working on deals and I would like to put down roots here in Austin. If you can bring the right investors to the table it can make a big difference.

Best regards,
Hall T.
Posted by Hall T. Martin at 7:01 AM No comments: 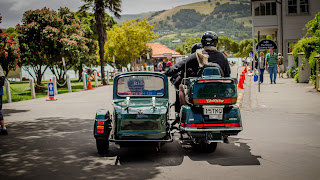 It’s interesting to note the rise of the fund (sometimes called a SideCar) among angel groups to provide diversification and participation into angel investing by passive investors. In many cases the fund is applied to deals the angel investors pursue. This means the return on the fund will mirror the return the angels are seeing.

During the recent Angel Capital Association Summit in San Diego a number of groups discussed their sidecar fund and how it worked. The first came from Ian Sobieski of the Band of Angels in the Bay Area. It’s a $50M fund raised primarily from outside investors. The fund invests $300K in deals the Band of Angels invests in which allows outsiders to enjoy the same returns as the Band of Angels members enjoy (which was reported at 53% IRR). The fund has a staff of three people who are paid from a 2.5% management fee and a 20% carry fee.

The second example comes from Luis Villalobos of the Tech Coast Angels which has a $3M fund that invests $350K in each deal that the Tech Coast Angel members invest in. The fund has no carry or management fee and so relies on the members to manage the fund. Both funds are ten year long funds.

Best regards,
Hall T.
Posted by Hall T. Martin at 9:49 AM No comments: