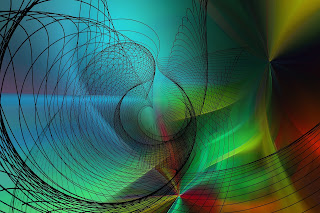 Ed Dato of Data Recognition talks about creative ways of raising funding for hardware products, why he never entered entrepreneur contests, and why audited financial statements from the beginning help close the sale of his company.

Most people think there are only two ways to raise funding: a bank or an angel…OTM (other people’s money). But there are at least 2 or 3 other ways to do it. Your back pocket is one of them. (That is another blog to explain the very simple formula that allows you to spend no time raising money and all of your time selling).Your manufacturer or subcontractor is another. They could be your partner. It’s in their interest to work with you.

Do you know any manufacturers that look for that sort of deal?

Absolutely. There are all kinds of deals they look for. I’ve done it before. It was a small deal but they had to buy the tooling. I made an arrangement to give them a SPIF on every unit they made. I gave them sole source as long as they could make the volumes. It just depends on how creative they are. They are in the manufacturing business. They need one thing desperately, customers. If they get a SPIF on top of it, that’s great. The only way they lose is if they screw it up. It’s better than giving your equity away. It also incentivizes the manufacturer to help get the cost down by relaying out the boards, and redesigning the product so it goes through the manufacturing process faster and cheaper. Now you’ve got someone who knows the manufacturing side of it to help you improve the product. Then when a competitor comes in, and don’t tell me there’s not going to be a competitor, you’re prepared to drop the price if you need to because you have taken the cost out of it. Ironically, I stayed with them when our volumes justified outsourcing to Asia for lower prices. I did so because of their loyalty and commitment to me when I needed them. That is a partnership…and we all need partners to succeed!

You’re an entrepreneur by background. What were some of your early efforts to innovate?

I remember in the late 60s/early 70s, a drummer in my band and I who decided to build a nifty product – a digital alarm clock. They didn’t exist at that time. So we went down to Radio Shack to buy the parts and it actually worked. There was not any market for it at that time. No one was in the business then. I went to the Senior VP of TI and I showed it to him. At that point, I was 25 years old. He said it was really an incredible product but when TI, Casio, and National Semiconductor get into that business they are going to crush you. And that’s exactly what happened. They came out with alarm clocks, wristwatches and calculators and it totally crushed us. Fortunately, I listened to him and moved onto the next great adventure.

Are you doing any angel investing now?

I was until last week, but the stock market is just awful, but it’ll come back. I think I have some ideas that can help entrepreneurs. If you’ve never ridden a horse it’s hard to teach someone how to ride a horse. I’ve had my share of failures and successes. When I ran my own company back in the 90s, I never entered into any of those competitions that Inc. Magazine ran, and people asked me why. I told them that those things won’t generate one new lead for my product. It’ll only generate phone calls from attorneys and other service providers wanting to sell me their services. It would never sell another barcode data collection product or service. We marketed only to those who would buy from us.

When did the business start?

We started in business March 13, 1989, after 25 yrs. experience and 1 year of intense planning and modeling the business. We didn’t know from the beginning that we would sell the business. In fact, we didn’t think we could ever sell it to a 3rd party. But we sold it in 2000 to Brady Corporation. When they contacted me I knew we had 90 days to complete the deal. If not, they were going to suck my brains out negotiating the deal, taking my time away from running the business, and lower valuations because the chief salesman was in negotiations and off the job. What made a 90 day close possible and a cash closing on Feb. 29, 2000 was the fact that we had audited financial statements for the previous three years from one of the national firms. Soon thereafter, the national firms were significantly reduced in size and stature. That fact is evidence that behind every idea that is well conceived and executed, there is definitely the spice of luck that we all need to attain our goals.

The Rice Business Plan Competition 2008--Getting Bigger and Better

I participated in the Rice Business Plan Competition again this year. It’s my third year running and I must admit it’s quite impressive how the quality of the business plans and presentations has risen each year.

This year the program showcased 36 teams (28 from the USA, and the 7 international), with prizes totaling $675,000. About 20% of that is in-kind services. About 1/3 of the presented plans were companies that are up and running as a business. The surprising news from the conference is the number of previous year competitors who have gone on to launch a company. It was about 50%.

There are 170 judges of which 53 are from venture capital, 21 from an angel community, and 18 from private equity. I enjoy judging the competition because I learn a great deal about the industry from talking with the other judges and listening to the questions they ask.

I judged the life science competition and have done so for the past two years. Two years ago, almost none of the plans had a strategy for achieving FDA validation. Today, most have a fairly sophisticated plan for how to do it at the lowest price possible. Two years ago, most plans sought $2M with the goal of creating a pharmaceutical company which was completely unrealistic. Today, most plans focus on partnering with a pharma company for clinical trials and then licensing the technology after trials finish. Today, some of the plans still emphasize the science, but the winners are those who can present a business case including productization, go to market strategies, and financial numbers with some backing.

The top six finalists this year are: