The Angel Capital Association (ACA) recently released the results of a survey on the angel’s outlook for 2008. In the report over half of the angel groups expect deal flow to increase in both quantity and quality. Exits in 2008 are not expected to be stellar. Also, a down trending stock market may slow some angel investments. The top industry segments expected to receive investment are:

The ACA also did a nice write up about the Central Texas Angel Network. You can read more here.

Best regards,
Hall T.
Posted by Hall T. Martin at 9:02 AM No comments: 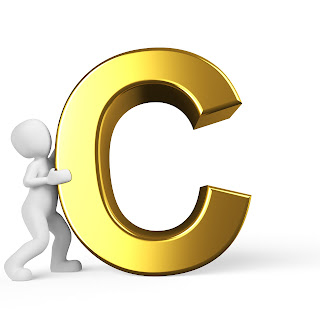 Jeff Turk of Formaspace Technical Furniture talks about his investment experiences and the four C’s he looks for in deals.

Congratulations on being nominated for Austin under 40. How does it feel?

I’ve been a bridesmaid twice but not yet a bride. I enjoy it. My friend Corey Bell won it last year. Corey wrote a recommendation for me this year so maybe that will help.

You once mentioned your 4 C’s for investing. What are they?

I went to the Kellogg School of Management to become an entrepreneur. While I was there I started a medical device company with the inventors. It didn’t go great. We ended up licensing out the technology. It could have worked out. It was all partner issues. I watched other Kellogg entrepreneurs and watched their startups take off from the seed stage. I wrote a research paper on the modes of success and failure. Many people think that companies fail because they run out of money. I think that’s the effect, not the cause. I wrote the paper on the 4Cs which are character, capability, commitment, and cohesion.

What’s an example of character?

I saw people try and cheat a partner out of a few percentage points. Some tried to squeeze a supplier at the wrong time. Overpromising is another example of an issue with character.

People who aren’t fully invested in the idea are unlikely to succeed. I look for entrepreneurs to put their own money at stake in a deal or something besides their time. If not all of their money, then a substantial part of it. I’m fully invested in my own deals.

I split this into two parts --education and experience. I worked for a VC at the seed stage when I was in school. We would see deals in which the founders were either PhDs with no business experience or the guy didn’t have any education but had industry experience – the plumber that wanted to start his own company. Those entrepreneurs are the heart of small business, but in either case, the lack of some core capabilities is likely to impact their ability to scale the business.

I look at how well the team works together and have they worked together before.

What’s been your experience in investing? What’s been the most successful?

If they’re failures then they’re all spectacular. I just got done wrapping up a deal on the West Coast where an entrepreneur had a series of successes on a small scale. A lot of people invested in it. It was a parking lot technology. They installed devices in each parking space in a parking garage, and then the device could tell if your car was parked over it. The user then texted on his phone and it would automatically bill him just for the time he was there. It would reduce parking fraud, and only charge you for the time you were there. It increased parking lot efficiency which is important in cities like San Francisco and Chicago.

But they never got the magnetometer to work appropriately. I asked that question over and over again. I didn’t like the deal structure and I probably did the deal for the wrong reasons. I did it because I knew the people well. It was more friends money rather than investor money.

What was the deal structure?

It was a convertible debt deal which I probably won’t do again. As the second largest investor I should have been on the board of directors or at least on the advisory board.

Any advice for entrepreneurs?

That’s always a difficult question. Entrepreneurship is challenging, more so than most people starting a business would imagine. I would say, start with a really hard hitting self-assessment on the four C’s. Where are your strengths and weaknesses in terms of character, and how are you going to amplify your strengths and mitigate your weaknesses? Are you 100% committed, no matter what? Do you have all the tools you need to give you the capability to succeed, and how will you fill in the gaps? Are you able to pull together a cohesive management team? Once you’ve done that really difficult self-assessment, go out and do something you love and believe in.